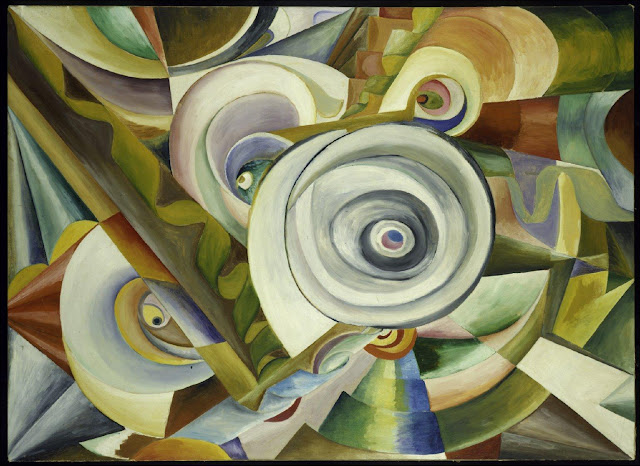 The connection between literature and fine art has long been recognized. Michelangelo was a poet.  In the 20th century, some of the major movements in art were founded by writers who also expressed them selves visually: Tzara in the case of dada, surrealism had Breton, Marinetti spearheaded futurism, and the force behind vortacism was Wyndham Lewis.  Less appreciated is the fact that some of the century's foremost novelists and poets--figures not associated with art movements--were also artistically inclined. 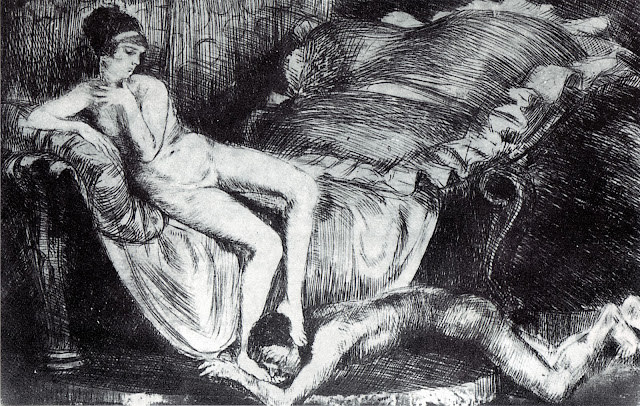 Authors such as Kafka, Nabokov, Ginsberg, Borges, and, in the 19th century, Dostoyevsky, liked to draw.  In 2007, the Anita Shapolsky Gallery exhibited a large collection of artworks by literary figures.  Some of them just liked to doodle, and often not very well, but other authors pursued art more ambitiously, and  exhibited considerable talent.  The abstraction at the top is by e.e. cummings, who considered a career as a cubist painter, and produced art of varying quality his whole life.  The disturbing sketch below that is by Bruno Schulz, who illustrated his own books. 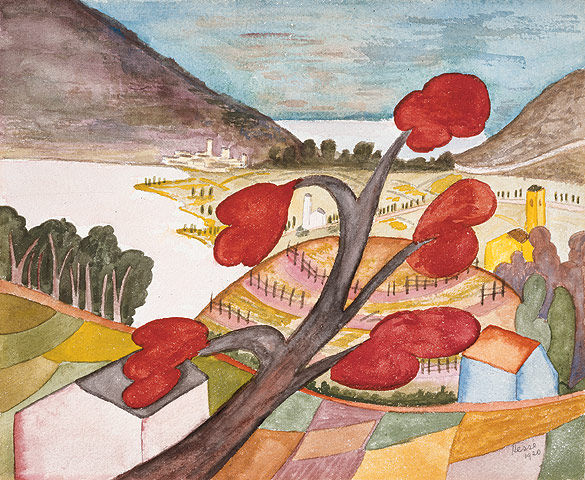 Herman Hesse was also a very competent painter.  He had an affection for landscapes, and his impressive color use can be seen in the picture above.  Equally impressive is Aldous Huxley, responsible for this reclining nude. 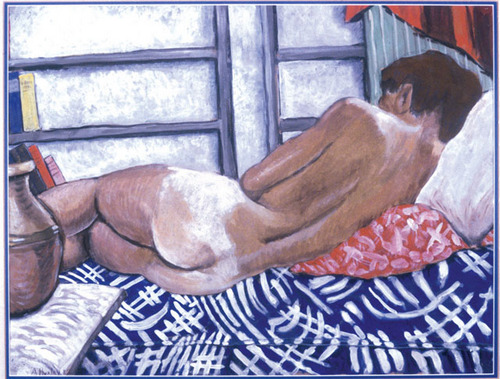 There are a number of artistic poets as well.  Cummings and Ginsburg were mentioned already.  Some other poets like Christian Morgenstern, Guillaume Apollinaire, and Susan Howe produced concrete poems, which are a kind of visual artform.  Poets who wrote conventional verse have also been visually inclined.  Sylvia Plath was an avid illustrator.  She especially liked quaint scenery, as in the harbor below.  Notice her lovely and confident lines. 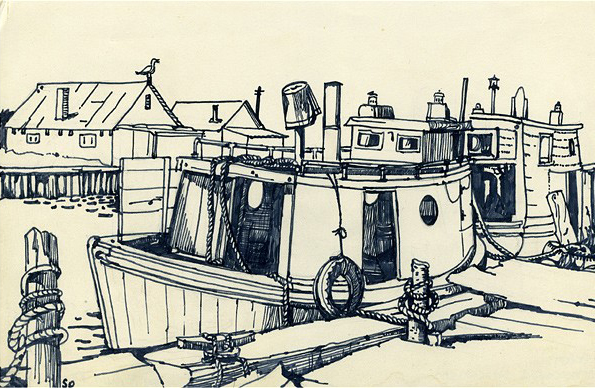 Other visually talented poets include Mina Loy, Elizabeth Bishop, and John Ashbury.  Both Ashbury and Bishop have been subjects of recent exhibitions at the Tibor de Nagy Gallery.  A drawing by Loy appears below (see this one too), and a collage by Ashbury appears at the end of this post. 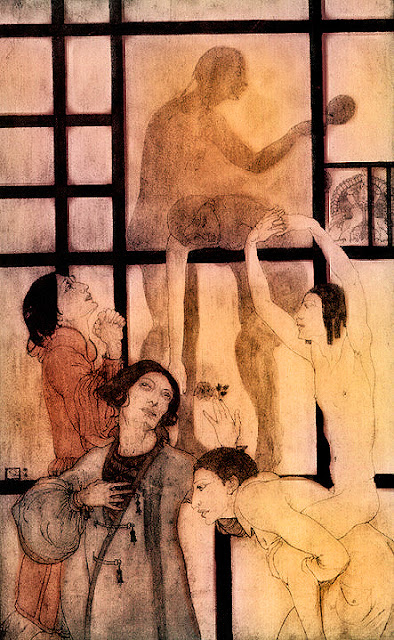 When one looks at the visual works of writers, it is important to bear in mind that art is not their major vocation.  These are dabblers for the most part, and their art might not warrant our attention if they were not famous for their literary works.  But some of these authors show enough talent that one can surmise that they may have been able to gain recognition as visual artists had their energy been focussed there.  Seeing these works also raises questions about the artistic personality.  Talent is not the kind of commodity that confines itself to a single sphere.  The compulsion to create can push in many directions and those who have a gift for describing the world verbally generally also have the ability to see things in interesting ways.  The ability to see lends itself to visual expression. 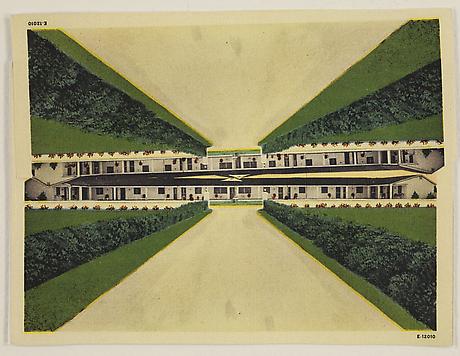