Today is the 20th anniversary of John Cage's death.  September 5th with be the centennial of his birth.  Few figures approach Cage as a leader in 20th century avant grade music.  His composition 4'33", consisting of random background sounds as musicians sit on a stage in silence, is an undisputed landmark.  But Cage should also be remembered for his visual art.  He regularly produced graphic works, and many of the scores created for music are visually compelling. 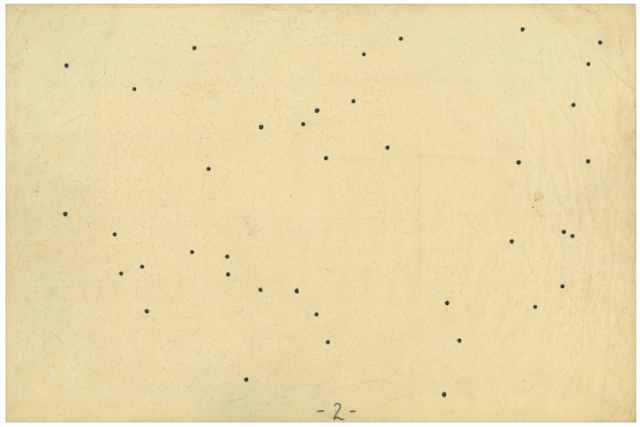 One example is Music Walk, a piece composed for a range of different instruments and noise making devices.  The score (above) is an exceptional work of minimalist art.  A similar aesthetic can be found in Cage's Atlas Eclipticalis, which was composed by tracing star maps onto musical paper (below). 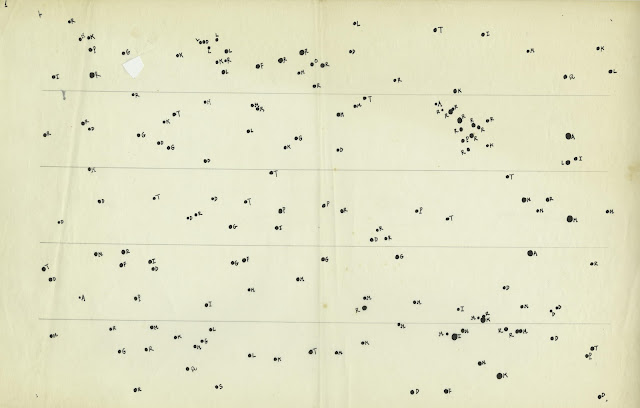 Cage move's into a more geometric abstractions with in his score for William's Mix, a piece that integrates country sounds and city sounds.  His geometric mood is even more pronounced in his score for the Fontana Mix, which was performed by using overlapping transparencies containing random shapes and points.  Here is an image from each: 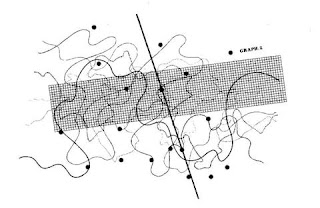 Or consider Cage's Imaginary Landscape No. 5 in which brief snippets of 42 records are cacophonously combined according to numerical principles derived from the I-Ching.  The score is picture below. 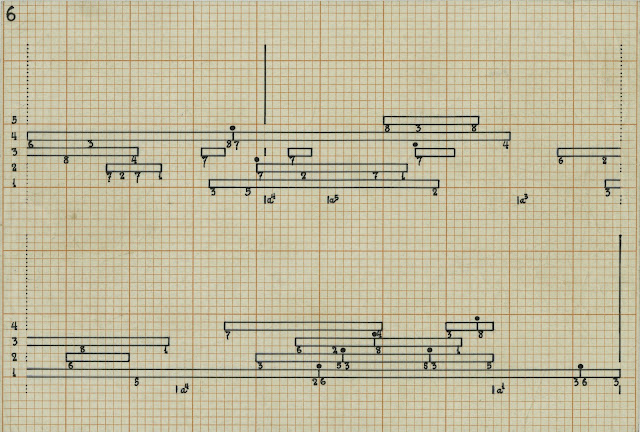 The I-Ching was an inspiration for many Cage compositions.  He used in to generate random sequences.  One successful implementation is Ryoanji, a musical piece inspired by the zen rock garden. Cage also produced visual works in conjunction with the piece.  He traced rocks using the random numbers as in this lovely example: 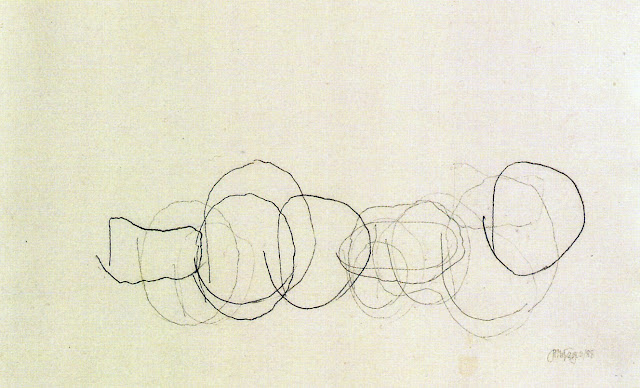 Here is a more compulsive example from the series, comprise of 3,375 rock tracings: 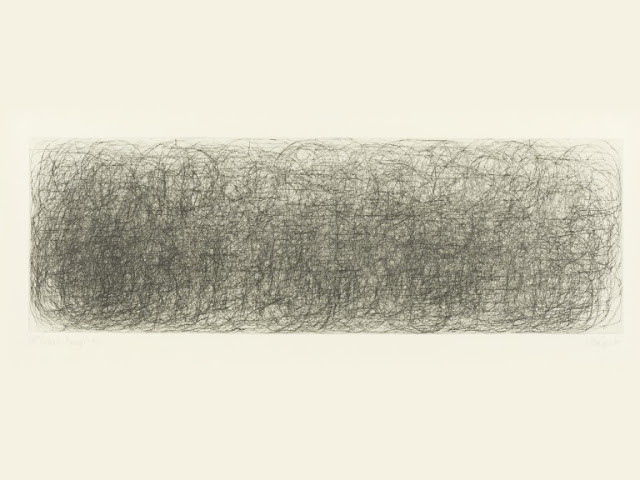 Cage also produced works that were not intended as scores or directly linked to his musical compositions.  One example, I believe, is Global Village, based on a phrase from Marhall McLuhan (below).  Here he used smoke to stain the paper. 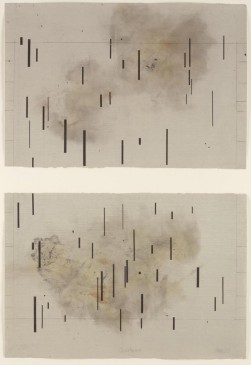 Cage also made some pieces on Plexiglass to honor the passing of his long-time friend, Marcel Duchamp: 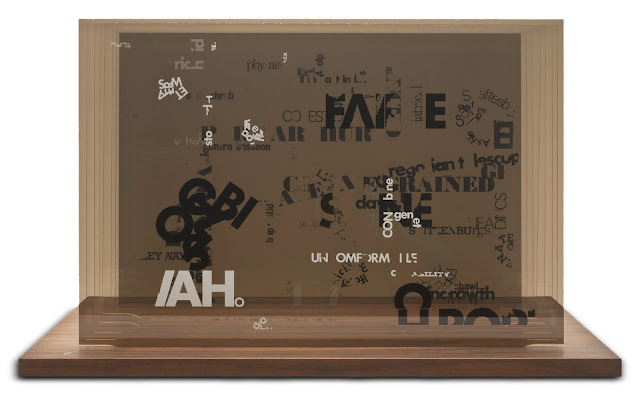 Cage also collaborated with Duchamp.  Notably, he composed music for Duchamp's portion of Hans Richter's film, Dreams that Money Can Buy.  Here is the result:


Duchamp was not Cage's only friend in the art world.  He also knew Mondrian, Breton, Pollock, deKooning, Phillip Guston, Robert Rauschenberg, Jasper Johns, and Nam June Peik (who made a video in his honor).   William Anastasi regularly played chess with Cage, and, en route to those encounters, made his famous subway drawings, by placing a pen in each hand and letting the train's motion produce random marks.  Here is an example: 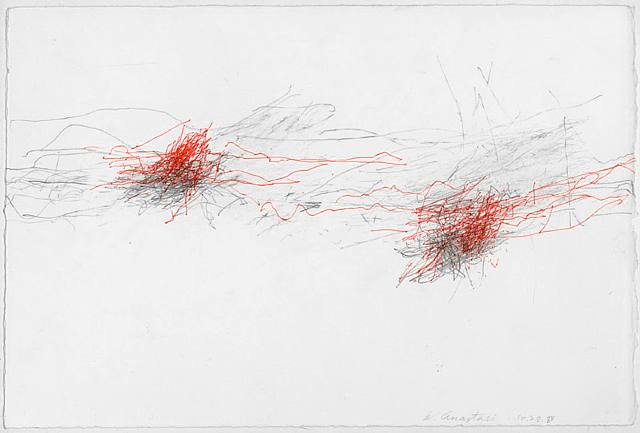 Ending with Anastasi allows one to see how well Cage's drawings hold up in comparison to those of visual artists.  Moreover, Cage's obsession with automatism undoubtedly helped to inspire this work.  Thus, in remembering Cage the composer, we must not forget his contributions to visual art, and his work--both musical and visual--can be a continuing source of inspiration.