The Spark Behind New York Dada 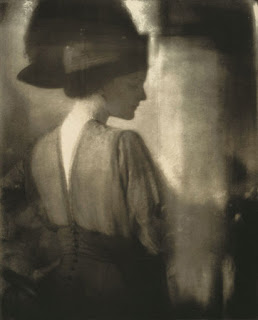 Dada was officially born in Zurich in 1916, but a year earlier, in New York, a parallel movement was emerging, which had connections to the European group and would eventually adopt the dada name.  At the center of this movement was Alfred Stieglitz, a pioneer behind art photography and one of the major early promotors of modernism in the United States.  In 1908, Stieglitz opened a gallery called 291 on 5th Avenue near 31st street, which was the first to exhibit Cézanne, Matisse, and Picasso on this side of the Atlantic.

That same year, another famous photographer, Edward Steichen, photographed an acquaintance of Stieglitz named Agnes Ernst, an American woman studying literature at the Sorbonne (left).  She had recently graduated from Barnard on a mathematics scholarship.  Upon graduating, she became the first female reporter at the New York Sun.  She met Stieglitz in that capacity, and he nicknamed her the Sun Girl.  Soon after, Anges Ernst set sail for Paris.  There she befriended Steichen, Auguste Rodin, and Gertrude Stein, a major supporter of the local art community.

Two years later, Agnes Ernst married a banker, Eugene Meyer, back in New York.  Now wealthy, Agnes Ernst Meyer could patronize the arts and pursue her own interests as a critic and poet.  As an enthusiast and practitioner of modernism, she deepened her ties with Stieglitz and become a member of his inner circle.

In 1915, Agnes Ernst Meyer co-founded an arts journal named after Stieglitz's gallery, 291.  It ran for one year and was the inspiration behind Francis Picabia's journal 391, one of the seminal dada journals in Europe.  291 published Picabia's early machine drawings, which celebrated the modern era by presenting portraits of people as mechanical objects.  Among these was a spark plug (right), called Portrait of a Young American Girl, which scholars think represents Meyer.  Picabia referred to her as a spark behind the New York avant garde, which would soon evolve into America's dada movement.

Meyer produced poems for 291, which were among the first concrete poems published in the United States (excerpted at bottom).  These were illustrated by another founding editor of 291, the Mexican artist Marius de Zayas, who created an abstract portrait of Meyer (below, note the equations). 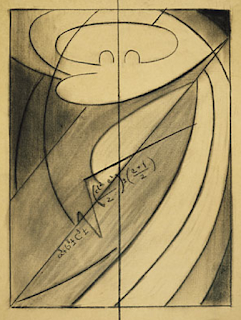 In the first issue of 291, which contained works by Apollinaire and Picasso, Meyer penned a lengthy article about the future of art criticism.  She complained that anglophone critics, like John Ruskin, were too conservative; Ruskin said art should remain frozen in time.  She petitioned for a new age of scientific criticism, that focused on the psychology of the artist.  But she also emphasized  that there are certain questions that escape scientific explanation--principally the question of why artists create what they do.  In addition, she suggested that science can never reveal a universal standard of taste.  To the contrary, science proves that we all perceive things differently.  For these reasons, a scientific form of criticism would not lead to Ruskinesque conservatism, but would rather open up room for endless possibilities.  She said artists, like scientists, should always experiment.


Meyer helped support artistic experimentation through her own cutting edge work and her support of a germinal art scene that would soon blossom.  She was the first American to buy a Brancusi, and her patronage financed Marsden Hartley's trip to Europe, an experience that helped him develop into one of the first American modernist painters.  She also bought work by Max Weber and John Marin (who Clement Greenberg once called "the greatest living American painter").  She even co-curated an exhibition that introduced New York artists to African art.  In all these ways, Meyer helped ignite the American avant garde. 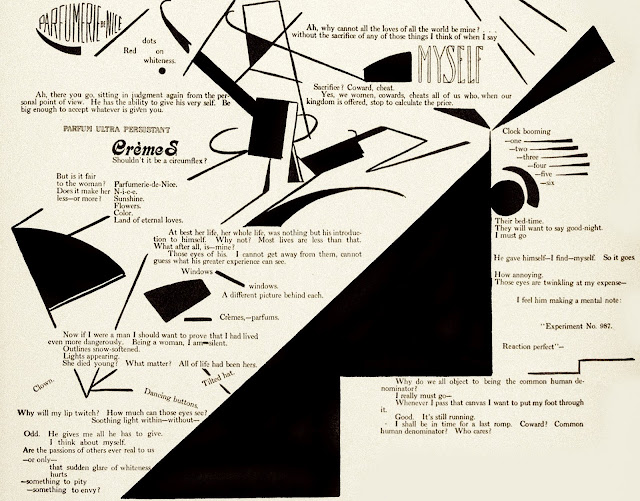