Vermeer is justifiably heralded as one of greatest painters in the Western canon.  While visiting his hometown of Delft, I decided to stop in on the Vermeer Centrum, a museum located on the site of his workshop.  The museum owns no paintings, but they exhibit life-size reproductions of all 32 known works in chronological order, as well as some limited information on the artist's techniques. 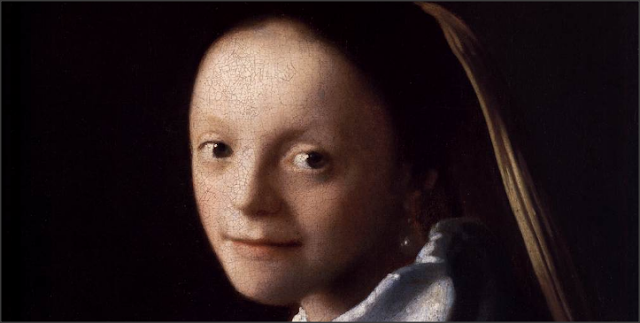 Vermeer is known for a number of things: his elegant lighting, his preoccupation with music, his use of pairings within paintings, his repoussoir or recessing of figures deep into the picture plane, and his softly rendered women who often stare back at viewers hauntingly (above). 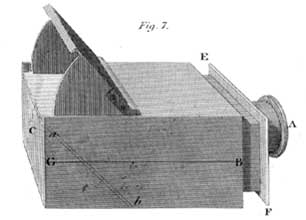 Vermeer is also known for his unprecedented naturalism.  He achieved this by using a camera obscura (above).  Thus, his paintings are joust reflections of life; they are paintings of reflections. 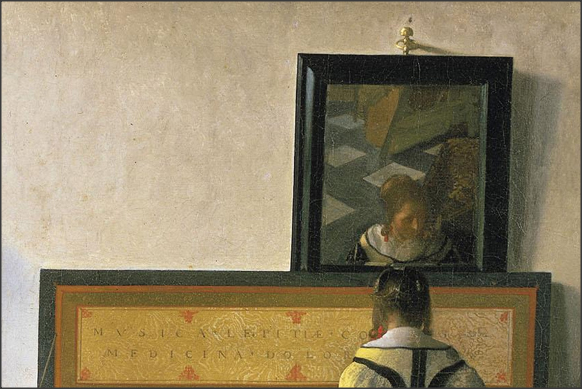 It is not surprising, then, that reflection is a theme in the Artist's work.  The detail at the start of this post is the city of Delft, reflected in the water.  In the one above, we see a music lesson; the student's back faces the viewer, but her face is revealed in a reflection from above.  Vanity is theme in the detail below.  A woman with a pearl admires herself in the mirror.  We can't see the reflect she sees, but we admire the painting, which also reflects her.  It is the inverse of the music lesson, where we see the reflection and not the reflected. 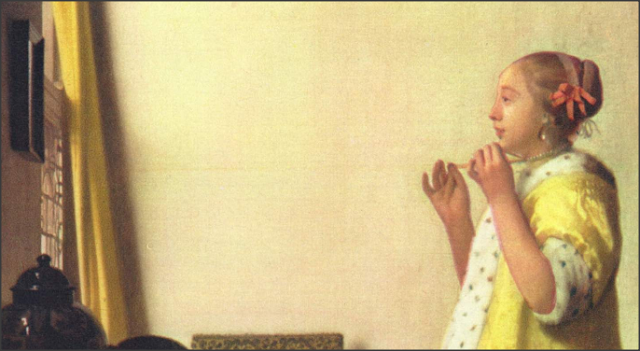 In a third example, we see both reflected and reflection.  A woman reads a letter, while standing by a window.  Letters and windows are pervasive themes in Vermeer's work.  Letters express interiority: we are invited to wonder what she is reading, thinking, and feeling.  Windows, in contrast, hint at an exterior world that we almost never see in these paintings.   Vermeer also makes extensive use of maps hung on walls, which hint at the fact that Delft was the home base of the Dutch East India company, and also contrast dramatically with the intimacy of these works.  Like windows, maps both refer to the external world and defer it--the ultimate repoussoir. 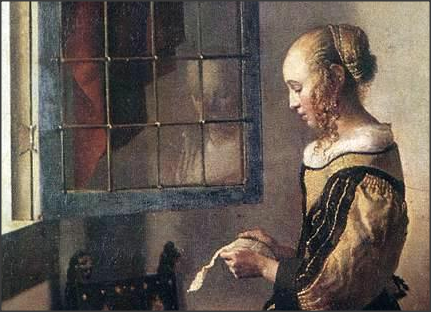 Windows are also, of course, a metaphor for art. And this brings us back to reflections.  Like Valazquez in Las Meninas, Vermeer makes paintings about painting.  They are voyeuristic, they are illusionistic, and they experiment with flattening, texture, and light.  Vermeer's portraits of figures staring out at the viewer invert the viewing relationship, and turn paintings into mirrors.  Except, in art, it is not always easy to recognize our own reflection. 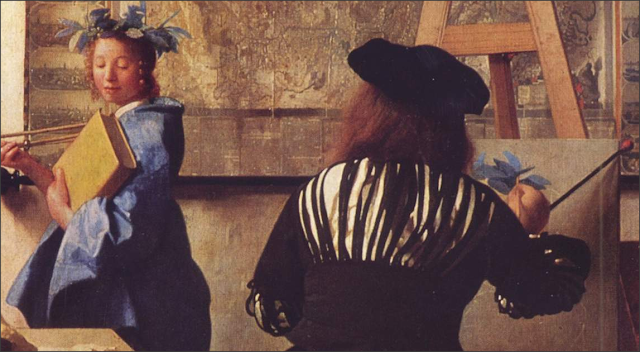 Vermeer's most direct painting about painting shows the artist creating a portrait (above).  The face of the sitter does not yet appear on the artist's canvas, and the artist's face is also hidden, anticipating Vermeer's own obscurity.  The secret joke of this work is that the woman has not yet been painted, but she has also already been painted.  The painting within the painting is unfinished, but the painting itself is finished.  The sitter also closes her eyes, unlike so many of Vermeer's women, refusing to view the viewer, or the painter who is also viewing her.  So in this painting about being viewed, the viewing in concealed from view.  It is noteworthy as well that the sitter holds a book (another form or representation) and an instrument (a non-representational mode of expression), as if to locate painting as one art among many.  This painting can be read as a comment on painting as a form of reflection.  Painting reflects reality, but it never captures it.  Even this highly mimetic work, like any image, leaves out far more than in includes.  It is finished, but of necessity incomplete.  We are thus reminded that every painting and reflection is a case of repoussoir.  Such images appear to bring us closer to what they represent, but they do not.  Vermeer's naturalism coyly asserts that images are not nature.  He exemplifies naturalism while undermining it.
Posted by Jesse Prinz