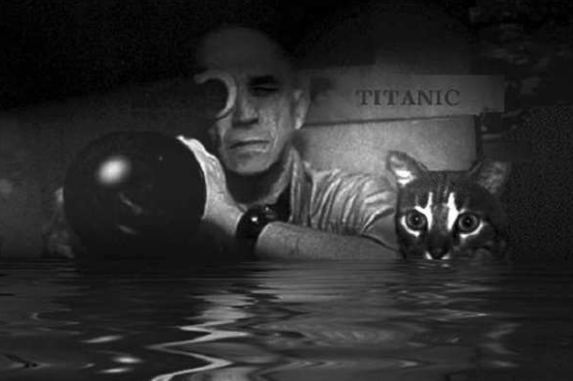 With Chris Marker's passing, we have lost one of cinema's most compelling voices, and also one of the few who resolutely resisted the boundary between cinema and art.  Indeed, he resisted many boundaries. Marker was a pioneer of the cinema essay, and many of his works straddle the criss-crossing borders between fiction and documentary, politics and poems, lofty philosophy and gritty verité.  Marker's style relates to that of other directors in his generation: the psuedo-enthnographies of Rouch, the urban documentaries of Varda, the political assaults of Debord, and the meditations on memory by his close friend Resnais.  Marker's methods co-evolved with these other auteurs, but his work is utterly distinctive and irreplaceable.

Among the central concerns in Marker's films are memory, colonialism, and displacement.  Among the repeating tropes, we find statues, soldiers, things that fly, Vertigo allusions, and, of course, cats.  Stylistically, Marker was perhaps the greatest master of narration.  Quotable, provocative, moving, opaque, and also chillingly clear, Marker's work percolates with ingenuity, grace, and integrity.  He gave us a new cinema, and a new way of experiencing the world.  Every newsreel, still image, and artifact resonates both forward and backward in time, proliferating versions of truth.

Marker is best remembered for La Jetée, a science fiction horror comprised mostly of stills, and Sans Soleil, his quintessential celluloid essay, which moves like a drifting cloud from Iceland to Japan and Africa, and back again.  Other highlights include the street-interviews of Le Joli Mai, his probing demolition of post '68 France, A Grin Without a Cat, and his early anti-colonial art documentary, Statues Also Die, with Resnais.  All these films balance the ideology of leftist politics with a kind of directionless malaise, as if they are nostalgic memories told from some post-apocalyptic perch in time. In a somewhat less political mode, he made a marvelous animated short, Les Astronautes, with Walarian Borowczyk.  Marker also made outstanding politically charged tributes to other artists, including director Aleksandr Medvedkin, and photographer Denise Belloc.  A still from each of these is presented here, along with the image at above, which is one of the rare images of Marker, curtesy of Icarus films. 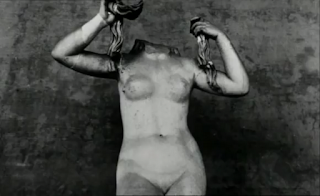 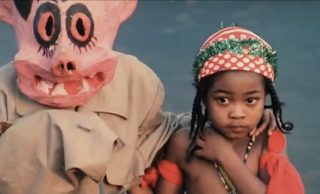 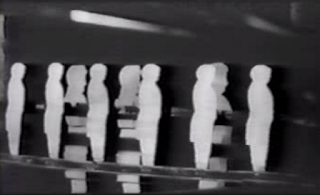 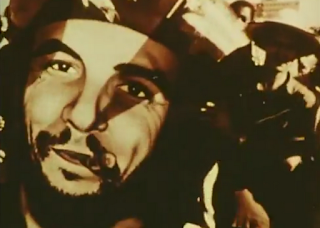 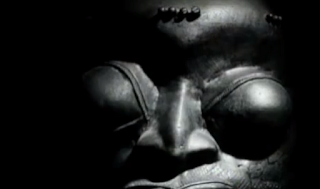 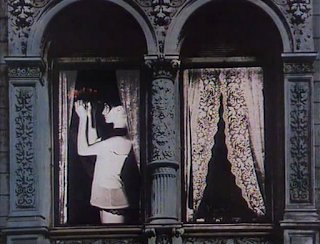 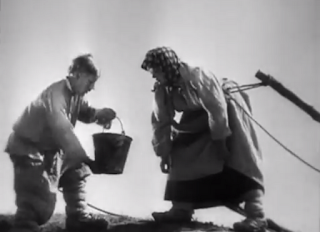 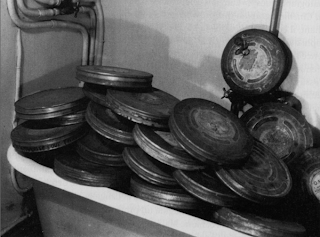