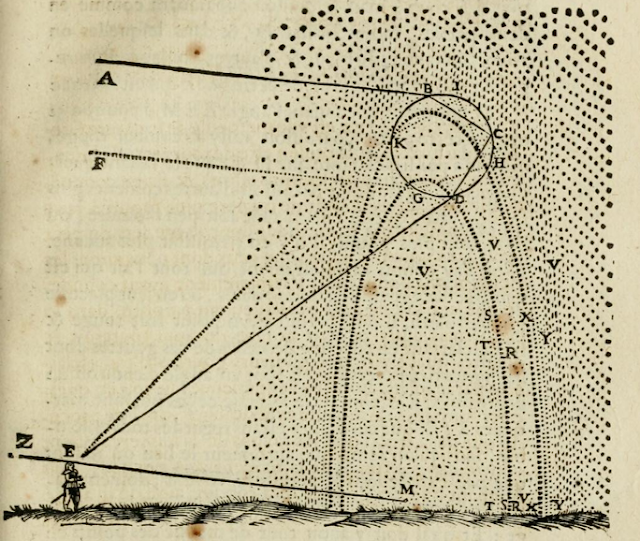 In his Discourse on Meteorology, Descartes includes this image of the mathematics of stargazing.  The Discourse can be read as a work in scientific aesthetics.  Descartes opens with the remark that people are naturally prone to wonder when looking upward at the heavens.  In his final book, Descartes would later say that wonder is the most fundamental emotion, and his analysis of wonder can be read as a precursor to Kantian aesthetics.  We are drawn to sensory experiences that defy easy comprehension.
Posted by Jesse Prinz