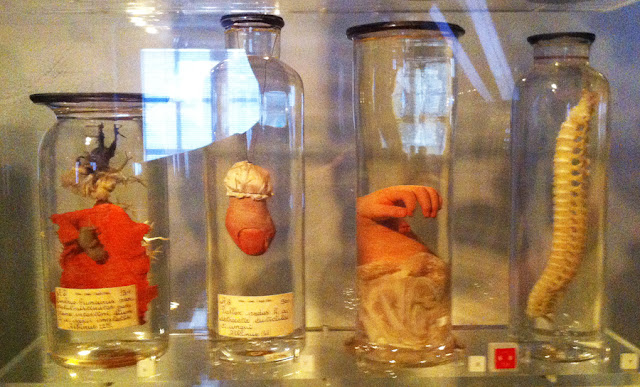 Art enthusiasts regularly seek out art museums when traveling.  For the rest of the world, the word "museum" has a broader meaning, which includes military and maritime collections, waxworks, natural history, historic houses, various technologies, and, of course, medicine and science.  Medical museuns can be of special interests to fans of fine art because the objects  they display often relate to long-time interests of artists, such as human anatomy.  They also tend to recall a time when artworks and medical items were intermingled, as in the cabinets of curiosities of old.  There are some fascinating medical collections around the world, including La Specula in Florence, the Mutter Museum in Philadelphia, the  Museum of the History of Medicine in Paris, and the Semelweis Museum in Budapest.  If you are attracted to any of these, you might want to make a stop in Leiden to see the Boerhaave Museum. 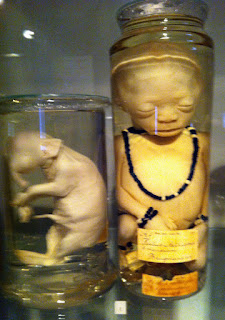 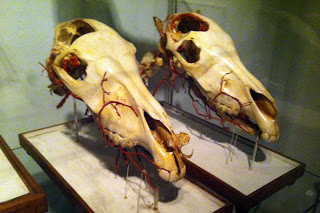 Officially a museum of both science and medicine, the Boerhaave collections includes interesting and important artifacts pertaining to chemistry and astronomy.  But, for me, the medical collection was  most exciting.  Consider the macabre items collected by the Albinus brothers in the 18th century, which includes unusual skulls, a child's arm in formaldehyde, fish skins, a fetal elephant displayed next to a human fetus for size comparison. 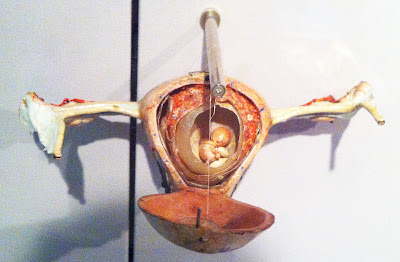 Of equal interest are the medical models of Louis Auzoux, and 19th century anatomist who innovated techniques for making extremely fine medical models out of papier-mâché.  This was an advance over wax models, which were fragile and more expensive to produce.  The paper models include insects, snails, and humans, including an exquisite sequence showing fetal development, and models depicting the reproductive systems of both men and women. 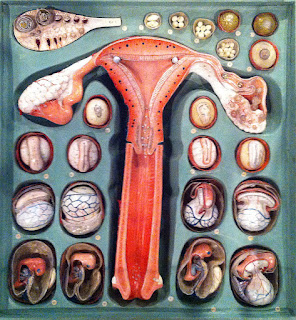 The museum is named for Herman Boerhaave, a contemporary of Spinoza, who is regarded as the father of the modern academic hospital, and his students included Linneaus and Voltaire.  Appropriately, there it contains a surgical theater, which is occasionally put to use for animal dissections, open to the public--a kind of performance art.  The museum also hosts innovative exhibitions, which integrate medical artifacts and art.  On my recent video, there was an outstanding show on body image that documented obsessions with weight, both past and present.  The show includes works by Vanessa Beecroft, who does group photos of naked models who have lost their individual identity, Ivonne Thein, who alters photographs to make models look shockingly anorexic, and Kurt Stalhaert, who transforms children into muscular monstrosities.  The inclusion of contemporary art was welcome, but hardly necessary, for making the Boerhaave a worthwhile stop. 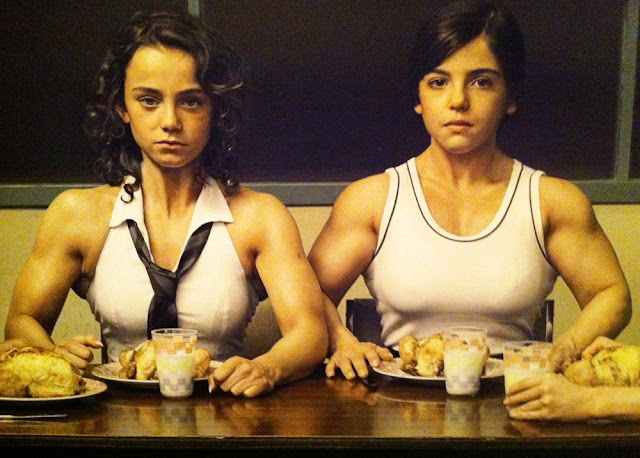